To begin at the beginning, two summers ago my Aunt Valerie Somers came to town to attend the final graduation of the Arthur S. Somers School in Brooklyn, which had been named after her grandfather and my great-grandfather, Arthur Sylvestor Somers. http://blog.somersfamily.net/archives/category/somers-graduation

For more on the life of Arthur S. Somers look here:http://somersfamily.net/ASS/index.html

After the graduation Valerie suggested that we try contacting "that nice young man who used to live next door to you". While I had no recollection of this, she had supposedly called and spoken to a young man 15 or 20 years ago, who she found listed in the phone book under the name "Andrew Lawrence", who turned out to be a relative, and they'd had a nice chat back then.

It seemed  like a long-shot but a lark, and so we started looking up Andrew Lawrences.  We actually found two likely candidates -- one on Long Island, and one right in my own backyard, living at Peter Cooper Village. And guess what -- they both turned out to be cousins! The Andrew Lawrence on Long Island has a law firm, Lawrence and Lawrence, with his brother Carl. And my next-door neighbor Andrew actually remembered his conversation with Valerie of so many years ago. 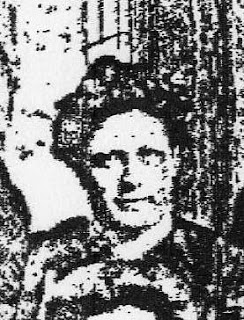 So it was that we renewed our Lawrence connection that summer, exchanging stories and pictures. We were very excited to receive a picture of Virginia Lawrence, the ancestor that connected us. Virginia married Arthur Sylvester Somers and thus became my great-grandmother. Her brother, Enoch Pink Lawrence, was Andrew's great-grandfather. Their father, Andrew Wilson Lawrence b. 1836, was our mutual great-great-grandfather.

I wrote a few early blogs on the Lawrence family that can be found here:
http://blog.somersfamily.net/lawrence-family

Then when I began delving into the genealogy things started to get really interesting!